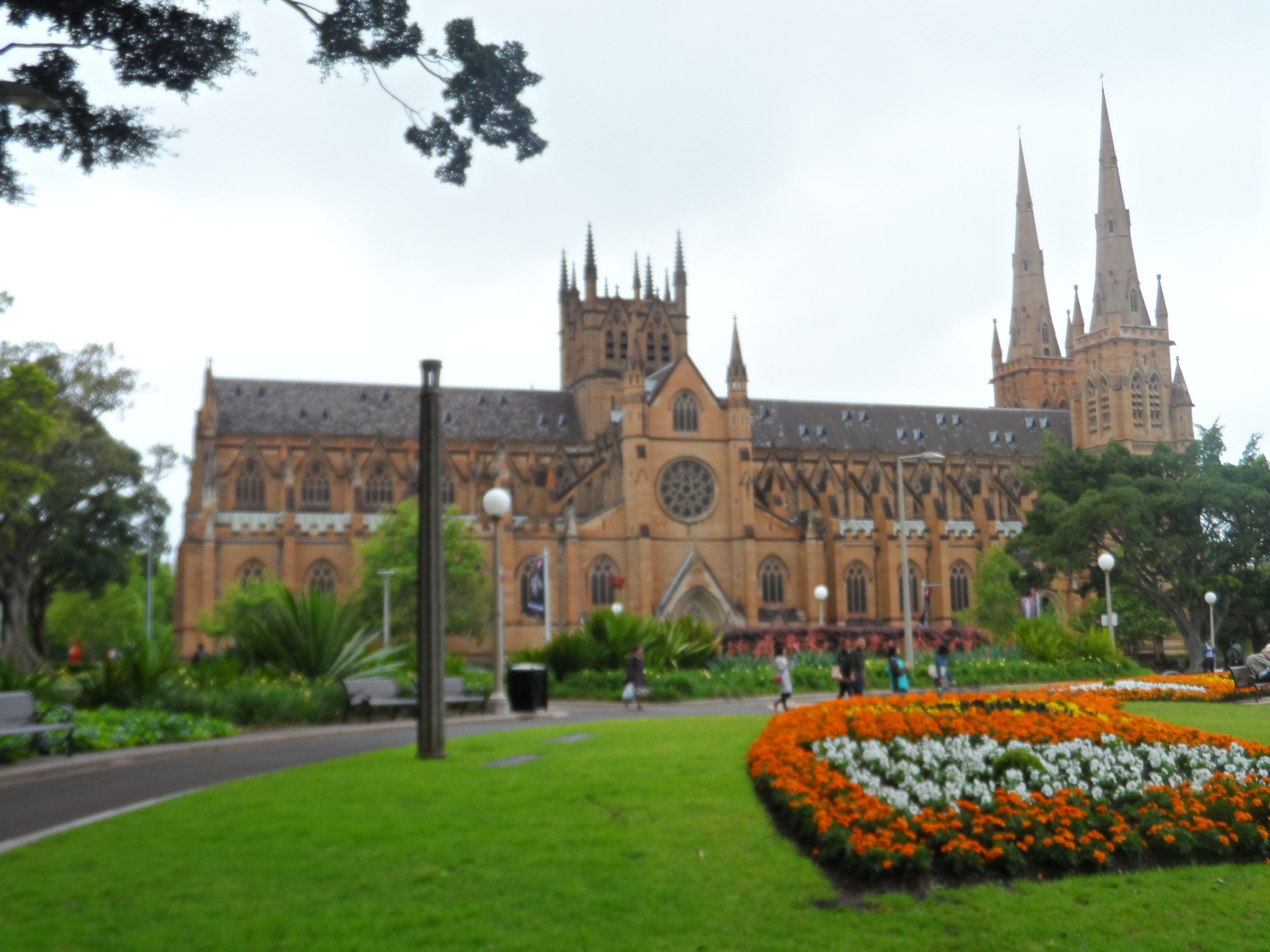 Turbulence is something I hate when I’m on an airplane. Probably because I don’t really know what it is. Luckily, there wasn’t that much turbulence between Brussels and Sydney. Yet, there was some in my head. The longer I sit still, the more I start to think. It’s a thought that went through my mind so many times in the last months: will I be able to do this? That thought came back now, high in the air whilst flying to the land Down Under.

The flights really were long. Brussels-London, that’s ok, even with the one hour delay that made us wait for take-off in the plane. Seemed like the perfect opportunity to me to walk to the cockpit and ask if I could have my picture taken in it. Yes! Having a picture of me sitting in the pilot’s seat of an airplane can be crossed of my bucket list now! (Still hoping to one day actually fly in the cockpit of a plane though.. :p )

London-Dubai was a flight of approximately seven hours, if I remember well as I’m still jetlagged. We flew in an Airbus A380 though, so that wasn’t too bad at all. The leg space could have been better in such a huge airplane, but the seat was comfortable and the little tv gave us the opportunity to watch some of the 158 movies listed on it (yes, I counted them!). I was watching ‘The Wolf of Wall Street’ when that turbulence in my head started. Out of the blue it crossed my mind: “What am I doing? I can’t do this! What the hell am I going to do at the other end of the world?!”

Thank God we were almost in Dubai at that time. I had stayed awake until then on purpose. We landed in Dubai around 7 am Belgian time, if I remember well (again: jetlagged). I thought that if I could stay awake until then and then sleep between Dubai and Sydney until we land there at 6.30 am local time, that would be the perfect way to minimise the risk of a jetlag..

In Dubai history repeated itself. Again we had a delay. In Brussels we got a take-off restriction from London because of some ‘3000 foot wind’ (apparently not that uncommon) and now in Dubai we couldn’t take off as Sydney couldn’t give us a ‘go’ because of weather conditions or something like that. Another hour of waiting…

After that, I could finally go to sleep. Not that it helped that much… When I woke up, I thought we’d be at least ten hours further, but it turned out to be only two hours. Alright, trying to sleep again. All in all, I continued having 1-2 hour sleeps with about 15 minutes of being awake in between. The flight between Dubai and Sydney just went on and on and on… It really was extremely long.

We landed in Sydney around 7.30 am. Suddenly I felt relieved, got my hope back. Finally. I’m going to do this.

Since then, I had no more reception on my cell phone. No texts, no internet, nothing. In any case, hoping for free wifi will be a thing here.. There’s free wifi at McDonald’s and the Apple store, in many restaurants as well, but not at my hostel.. ‘WakeUp’, the hostel where I’ll be staying this week and that is allegedly the best and most luxurious one in Sydney (and therefore the most expensive one), only has paid wifi, even for the computers in the lobby!

Anyway. Around 09.30 am the people from UltimateOz would pick us up to start our Sydney Experience. One of them turned out to be a Belgian trainee with UltimateOz, while the other one is a Scotsman with familiar words tattooed on his arm: “At the going down of the sun and in the morning, we will remember them”. Apparently, he’s former military, served in Iraq and Afghanistan and lost one of his best friends there.. Pretty heavy..

We walked on to the bank first to get our bank accounts sorted and receive our bank cards. Putting money on it isn’t possible yet though, because we need our Aussie phone numbers first to be able to use online banking and we’ll only have that tomorrow morning at the earliest.

In the afternoon the UltimateOz’ers took us on a quick guided walk through Sydney. A shorter one than usual, because of the rain. The weather here is very much like in London, just as the entire city reminds me of London. We passed and saw China Town, Darling Harbour, IMAX Theatre, Hard Rock Café, the Queen Victoria Building, the Westfields Tower until we arrived at Circular Quay. That’s when we saw the Harbour Bridge and the Opera House for the first time, probably the two best known sights of this city. After a group photo on the stairs in front of the Opera House, we were seven to walk on through the Botanical Gardens and Hyde Park and on to our hostel to get some rest.

Tomorrow, we go on a cruise in Sydney Harbour, hopefully with better weather than today! Oh and about that turbulence in my head during my flight: I’m a lot better now! Just have to get used to the Aussie way of life and hope for a quick solution that allows me to have more and better contact with home! 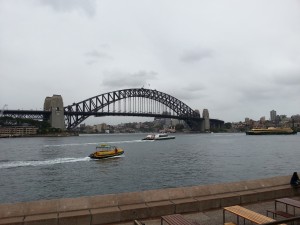 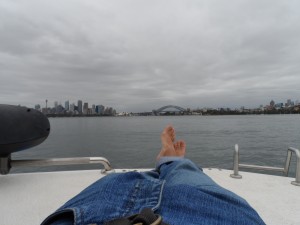