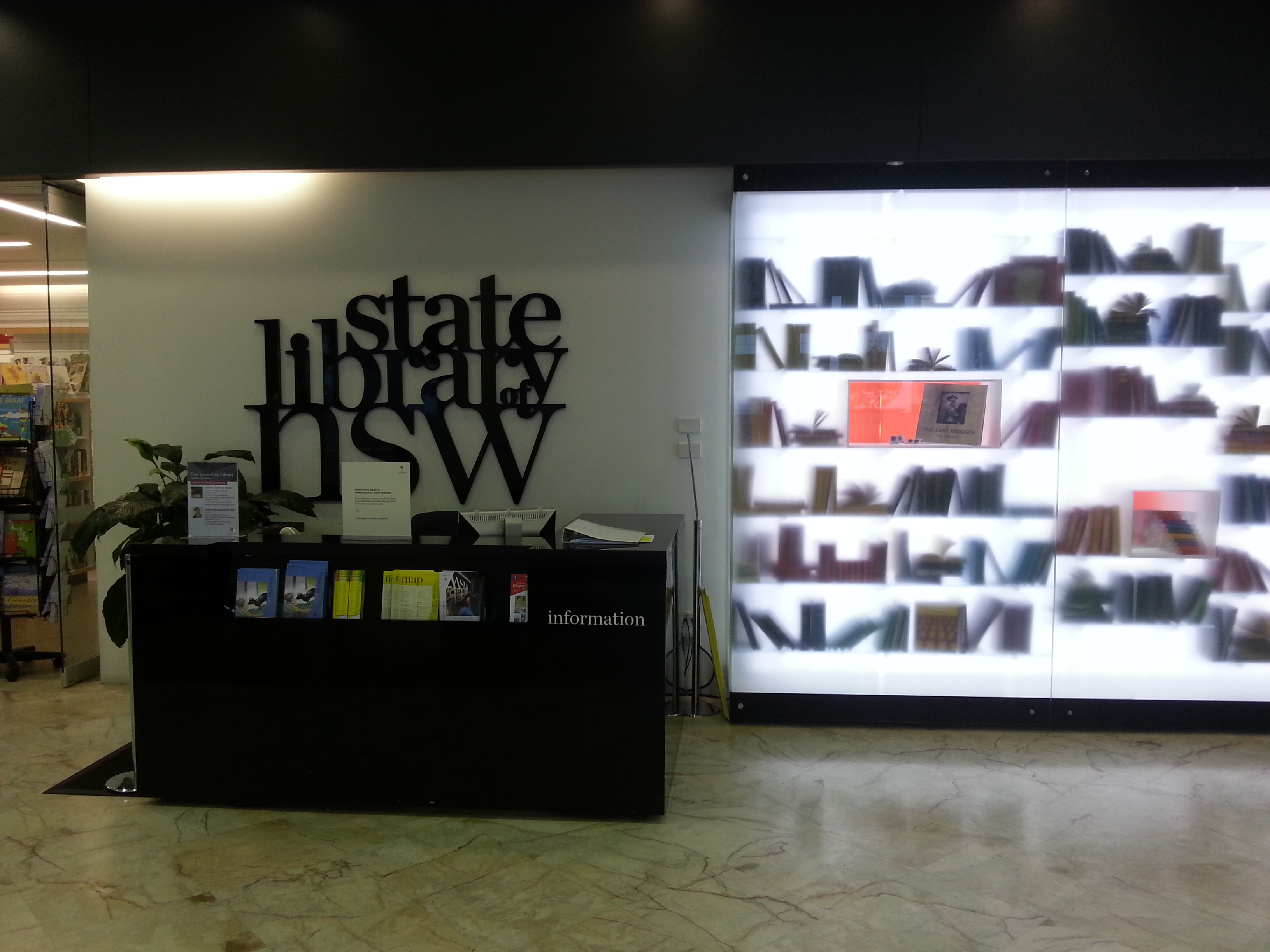 As I’ve said in the last blog I’ve written about my time here in Oz, I said goodbye to the last ones of my local friends here on January 7th. As far as I know, there’s only two left here in Sydney, but I haven’t seen them anymore even if we all do stay in touch. Conor is working for UltimateOz now, while Bram moved to an apartment near Cronulla Beach to go surfing and kitesurfing. He’s also working on his own blogwebsite, so one of his travel reports might end up in the ‘Greener grass’ section of my site one day.

Anyway, I am still in Sydney and I’ve completely had it with this city by now. I’ve been here on my own for twelve days now and all I’ve done in those days is sitting in the State Library of New South Wales, looking for a job. Sorry, I’m lying, I also went to see two games of the AFC Asian Cup and I’ve spent the afternoon of the day of that second game with Lotte, a Dutch girl I met in Brasil last year and who is travelling around New Zealand and Australia right now. She was in Sydney for two or three days so we met up. Also, last Friday, I went to see ‘American Sniper’ at Event Cinemas. Really good movie, with great acting by Bradley Cooper. Not a surprise this movie got nominated for six Oscars!

But apart from these things, I’m pretty much living in the library right now and basically, it feels like I’m back to the lifestyle I had in Belgium on weekends: sleeping in in the morning, then sitting behind a computer for the rest of the day. Not exactly what I came to Australia for, far from it. I miss the social life, the fun, the travelling. So why am I looking for a job then, you wonder? Why wasting my time in the library instead of travelling around like the others do?

Well, if I do some specified work for either three months straight at one job or a total of 88 days at various jobs, I get to extend my visa for Australia with an extra year. And yes, I don’t necessarily have to do this work right now, I just have to make sure I’ve done it before the end of August as my one year leave of absence at my job in Belgium finishes in the beginning of September. So, I still have about seven months in which I have to do my three months or 88 days of specified work, but the sooner I get this over with, the better, because the closer I get to my deadline, the harder it will be to find a job which would mean I’d have to settle for an underpaid job or a voluntary job. Not that I would mind, but if I do get to work, I might as well get some money out of it, right? And then I can go travelling again..

What makes it difficult to find a job though is that (1) it has to be specified work, (2) almost all backpackers are looking for the same job, (3) apparently schools are on their summer break now so a lot of students are doing these things as holiday jobs as well and (4) I’m kind of an idiot.

“Specified work” is any type of work within one of these branches: (1) plant and animal cultivation, (2) fishing and pearling, (3) tree farming and felling, (4) construction or (5) mining.

I don’t feel like working in mines, while a job in construction also doesn’t really feel like my cup of tea and probably both wouldn’t be the healthiest options either. My favourites would be to work on a farm, a vine or a plantation somewhere. Picking/packing fruit, pruning vines, planting trees, doing some general farm work such as fixing fences and taking care of animals, stuff like that. Seems like a fun experience!

As these jobs can get you a second year visa, a lot of backpackers are looking to do this, which makes it difficult to find job vacancies. Especially now, after most backpackers have spent too much money on Christmas and NYE parties.. But as I’ve said, I’ve also made it difficult for myself.

This time of year is always a very lively period in this part of Australia with a lot of festivals in Sydney and major sports events in Melbourne. In ‘the garden city’ the Australian Open is starting today, by far my favourite tennis tournament of the year, and they have the Melbourne F1 Grand Prix in February as well. Sydney then has the Sydney Festival going on right now, the Future Music Festival at the end of the month and much more things to do. Of course there’s also the AFC Asian Cup that’s going on right now, there’s the Cricket World Cup coming up, the Foo Fighters concerts (in Sydney on February 26th) and there’s Australia Day on January 26th.

All of this means that I would like to find a job somewhere in New South Wales, with easy access (by plane or public transport) to Sydney and Canberra and maybe also Melbourne. Canberra because I want to get there for ANZAC Day on April 25th. Melbourne is optional as – if everything goes as planned and I get a second year visa – I can still go there next year for the Aussie Open and the F1 grand prix.

So for 12 days now, I have been looking to find a job in this state. And that’s pretty stupid actually. If I miss the AFC Asian Cup final.. That’s just a football/soccer game, right? And if I miss the Foo Fighters concert in Sydney.. That’s just another concert, right? But still, for some reason I don’t want to miss out on those.

It would be a lot easier to find a job elsewhere in Australia I think, in Western Australia for example, which would actually be good because I haven’t been there yet and I might have more certainty about a job for a longer period of time. But still, I’m doubting, I’m hesitating, I don’t know.

And thinking too much is not good. I hate it. Overthinking makes me think too negatively. It always makes me feel bad.

The fact that all my friends here in Oz are travelling around also doesn’t help. They’re having fun while I feel completely useless, wasting my time in this library. I haven’t seen anything of the Sydney Festival, haven’t travelled a single bit since coming back to Sydney after my two weeks in Melbourne, I even somehow missed the launch of ‘Fast4 Tennis’ here in Sydney even though it was apparently quite a big thing here. Don’t know how I managed to miss out on that.

Being “alone” in Sydney, sitting in the library every day, hoping for “the one” job that I really want, spending other moments of the day just being bored, it all makes me overthink stuff. It even makes me think that I haven’t really travelled and haven’t done much here in Australia. I’ve been here for three months and I feel like the five day surf camp and the nineteen days trip through the Northern Territory and the Outback were the only things worth mentioning. They weren’t, there was so much more! Melbourne, Darwin and even Sydney were great as well. Just like all the people I’ve met. But I’ve spent too much time in Sydney and I’m thinking way too much.

It’s like being the striker on a football/soccer team who gets the ball behind the line of defence after a through ball from one of his team mates. He finds himself alone, rushing towards goal, only the goalie to beat. In that moment, being alone, he starts thinking: shooting the ball between the goalkeepers legs, over the ground on the keeper’s left side, his right side, trying to lob the ball, just firing the ball towards the goal hoping for the best, …? If he thinks too long, he will ruin the chance and miss. The most beautiful goals in football/soccer are scored on impulses or reflexes, when you have no time to think. But going for goal on your own with plenty of time to think about what you will do is what I find the most difficult part of being an attacking player.

I’ve missed chances like that when I played football/soccer in Belgium, but I also remember that one game with KSK Vlamertinge, playing against Beselare.. I came on as a substitute and then that exact thing happened in the 85th minute of the game. Our attacking midfielder gave a through ball, I beat the off-side trap and found myself eye-to-eye with the goalkeeper. I started thinking but luckily couldn’t think for too long. I kicked the ball with the outside of my right foot, shooting it by the goalies right side and into the goal. 1-0, we won.

Let’s just hope my current overthinking will end in reaching my goal as well, because I really need to get out of the city. I’m sick of standing still, or better: sitting still, and waiting. Twelve days wasted all ready, hopefully not much more days to come. I want to work! (And then travel again afterwards of course, duh!) 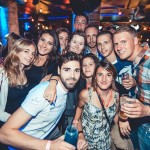 Go our own way 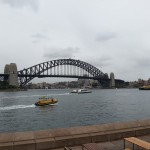