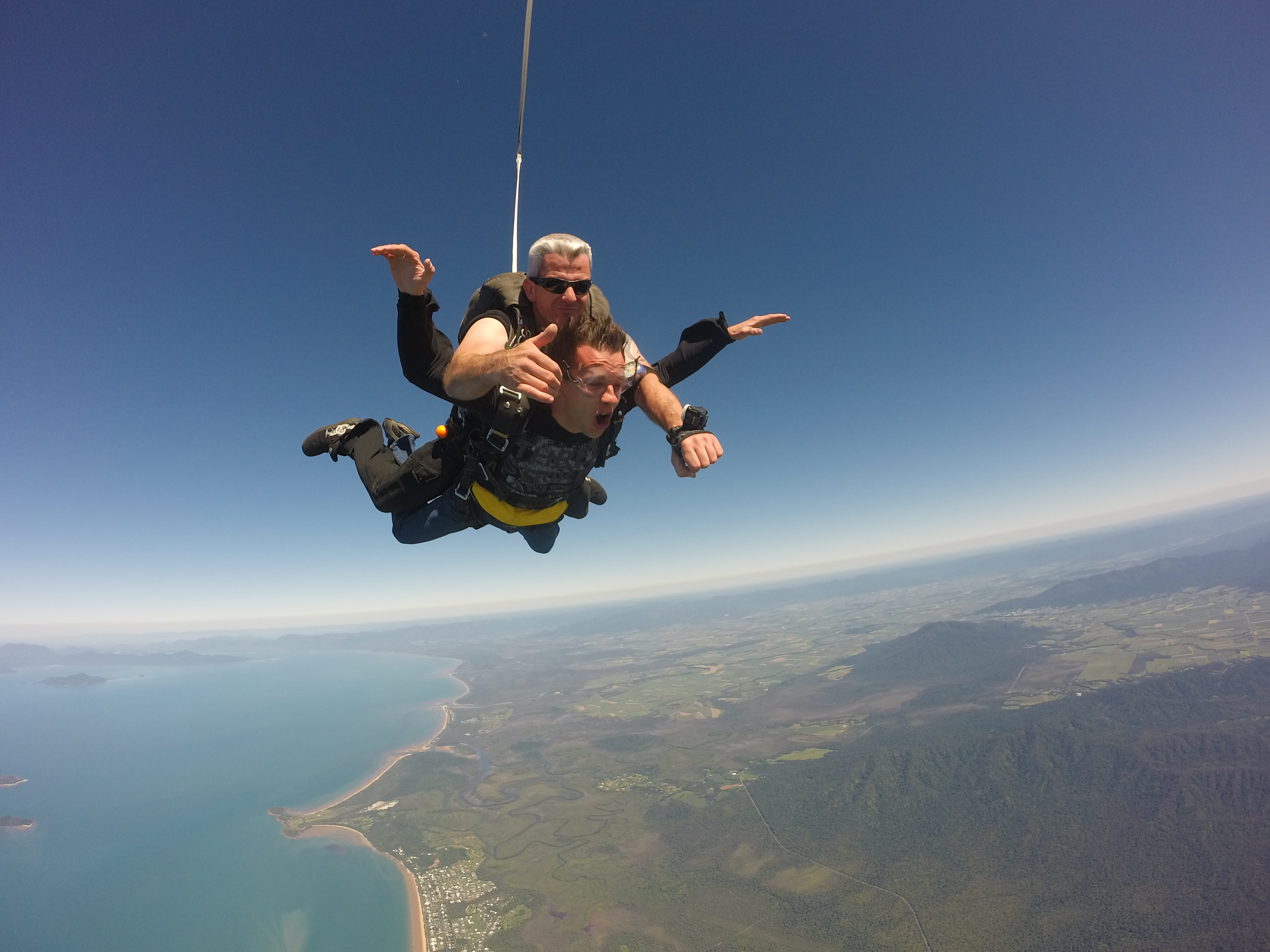 I must have been about thirteen or fourteen years old, if I remember well. Together with my ten years younger neice, my aunt and some other family members I went to this little playground in Paris. At that point, I decided to walk up one of the walls surrounding it, all the way to its highest point which I would now estimate at about four meters high. When reaching that point and turning around to walk back down, I saw that height and thought “damn, that’s high!”. As far as I can remember, that is the exact moment where I got my fear of heights..

In 2012, I did a bungee jump and today, I went skydiving… I don’t like being afraid of heights, I don’t like to be afraid of anything. Also, I like a bit of a challenge now and then and since everyone who has some experience with it told me that a bungee jump is a lot more frightening than a skydive, I figured it was now or never. It’s been on my bucket list for years, now was the time to make it happen.

At 6.40am I was picked up in Cairns by this guy called Max who would drive me and some twenty others to Skydive Australia’s centre in Mission Beach. We arrived there at 8.45am and were shown an introductory video about the basics of skydiving. From that moment onwards, forms had to be filled out, groups were made. I would be part of group 4, getting ready to jump at around 11am.

And that’s the way it went. At 11am, we had to go to the preparation area where Simon put on my harnas. He would be the one doing this skydive with me. Good communication and clear information made me trust him quickly. He would have a camera around his wrist to film the whole adventure while another guy called Ben would jump next to us to film us with a helmet camera. After a short interview and some pictures,  we hopped on the bus and drove to the airfield in Tully. The airplane we went on was a lot smaller than I expected, but we all fitted.

The drive in the bus took twenty minutes, just like the flight. Weirdly enough, I wasn’t feeling nervous anymore. I was feeling nervous when at that prep area, but neither before or after that did I feel as nervous. Even during the past couple of days I wasn’t feeling as nervous as I had expected. I was feeling ok about this jump, somehow new everything would go well.

At 14,000 feet (4,27 kilometers), the door of the plane opened and a little later the first skydiver went out. Then another one and another one. I was the fourth one to go. Sitting on the edge of the plane is when it really gets sick. Just for a couple of seconds though, because after just like two seconds all nervous feelings are gone and you just float down. You enjoy it.

The one minute free fall felt like just five seconds. Going down ten thousand feet at a speed over 200 kilometers per hour is absolutely amazing. People had been proven right: the bungee jump that lasted only one or two seconds was a lot scarier than this. This free fall was amazing from beginning to end.

After that, the parachute opened for some more minutes of enjoying. The view on pieces of the rainforest, the Great Barrier Reef, the beach we would land on, beautiful Australia. I can assure you: my pictures and my memory speak for themselves.

Landing on Wongaling Beach went smoothly as well and then it was time to try and realise what happened. I still don’t really get it. Me? Jumping out of a plane? Apparently so, yeah! It was sublime, it was amazing, it was fantastic. No doubt. I did my skydive about eleven hours ago and I’m still enjoying it.

Now, I won’t say that I’ve conquered my fear of heights and that it is something of the passed now, but – selfishly said – I am quite proud I did it. In November of last year I jumped of a rock in Katherine, in 2012 I did a bungee jump and now I did a skydive. Not bad for someone who is not too keen on heights, I reckon! 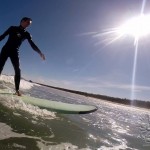 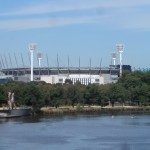