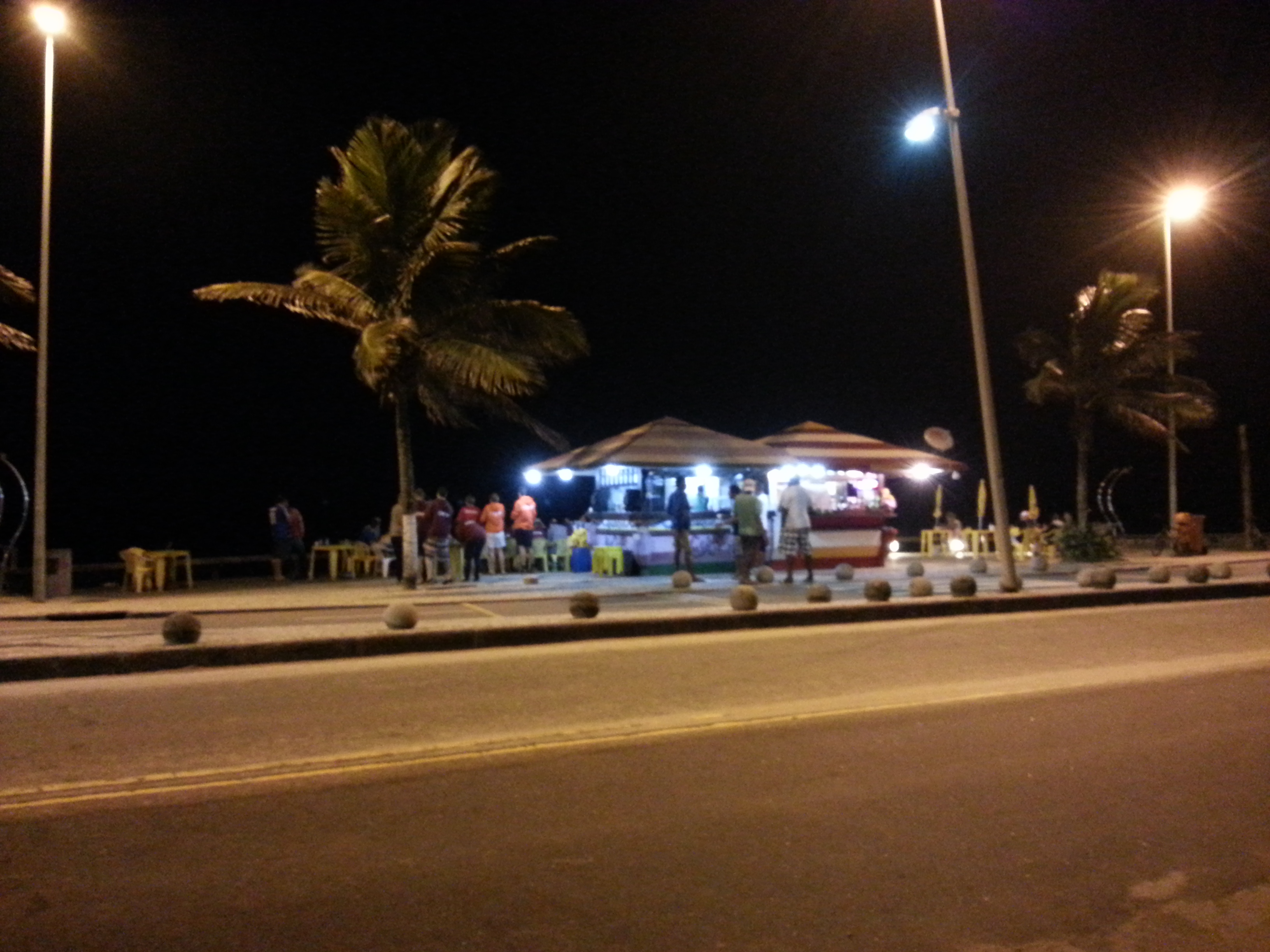 Yesterday evening was a first when it comes to great moments of this trip. After the working for the day was done and we had had our dinner, we crossed the road in front of the camping to meet up for a chat close to shore. There were seven of us, of which Gabi, Marit and Wim were the only ones whose names I hadn’t forgotten yet. The wind, the moonlight, the view of the Atlantic Ocean, a perfect way to end the day.

Afterwards, I took a new air mattress and went to my tent to sleep as much as I could in another night filled with heavy rainfall. Not exactly promising for the next day, or so it seemed.

Today we had sunshine for the first time here. And the sun shone good. We sweated a lot, though that was mainly because of the hard work of course. We built tens of beds and put numerous tents together as well. Most of us have some painful arms and legs…

Around half past five, having finished today’s work, we all agreed: time to jump in the see. Our working clothes got replaced by swim shorts and bikini’s as we jumped into the ocean under the moonlight. It gets dark pretty early here, something most of us hadn’t taken into account. It was only 6pm local time.. But it was a unique thing to do: 20-25 people to swim in the cold ocean water under the moonlight.

A shower, having a beer or a caipirinha next to the kiosk on the beach and dinner after that. Two dinners actually, because after we had finished our dinner, the organizers announced they had ordered some extra pizza’s! Wim made some caipirinha’s and I enjoyed the stories of René’s backpacking trip through South-America. I want to do that too. Travelling, meeting people, eating stuff we’re not used to eating, being able to tell stories about those travels, and so on. Sounds amazing.

On the other hand though, there is more and more frustration noticeable.. About the fact that the Dutch volunteers on the ‘Oranjecamping’ in Sao Paulo get tickets to watch some Holland games while we don’t. About the fact the we have to do all the work, being just volunteers who had to pay for our flights ourselves but don’t have decent mattresses, nor decent toilets and showers, nor wifi. Also about the fact that the Dutch organizers had promised “party” nights at the camping lot but only now for the first time took some initiative for it. Or about the fact that there is absolutely nothing here that indicates this is a camping lot for Belgians, as there are no flags or banners or anything like that. So we hung some flags ourselves.. Many of the volunteers here at DeVillage get the impression that the organization can’t do what it promised to do and doesn’t take care of us enough when it comes to basic needs such as the everything but clean sanitary block.

The four people from the RBFA (Royal Belgian Football Association) got to hear all of this when they came to visit the site. Maybe that’s why we got some more drinks, extra food (pizza’s) and more fun tonight. But maybe it’s not and the organization actually had planned this. I’m giving them the benefit of the doubt. We knew we would have to work and we still have to work hard before the Belgian supporters start arriving, so let’s wait until then to start judging everything..

Those first guests arrive tomorrow. There’s only six of them, but we are already wondering what their first impressions about the DeVillage camping lot will be.. 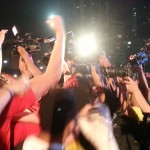 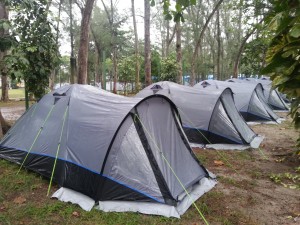 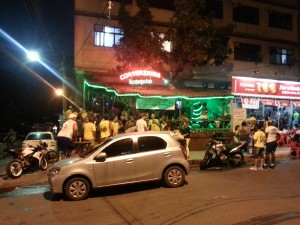