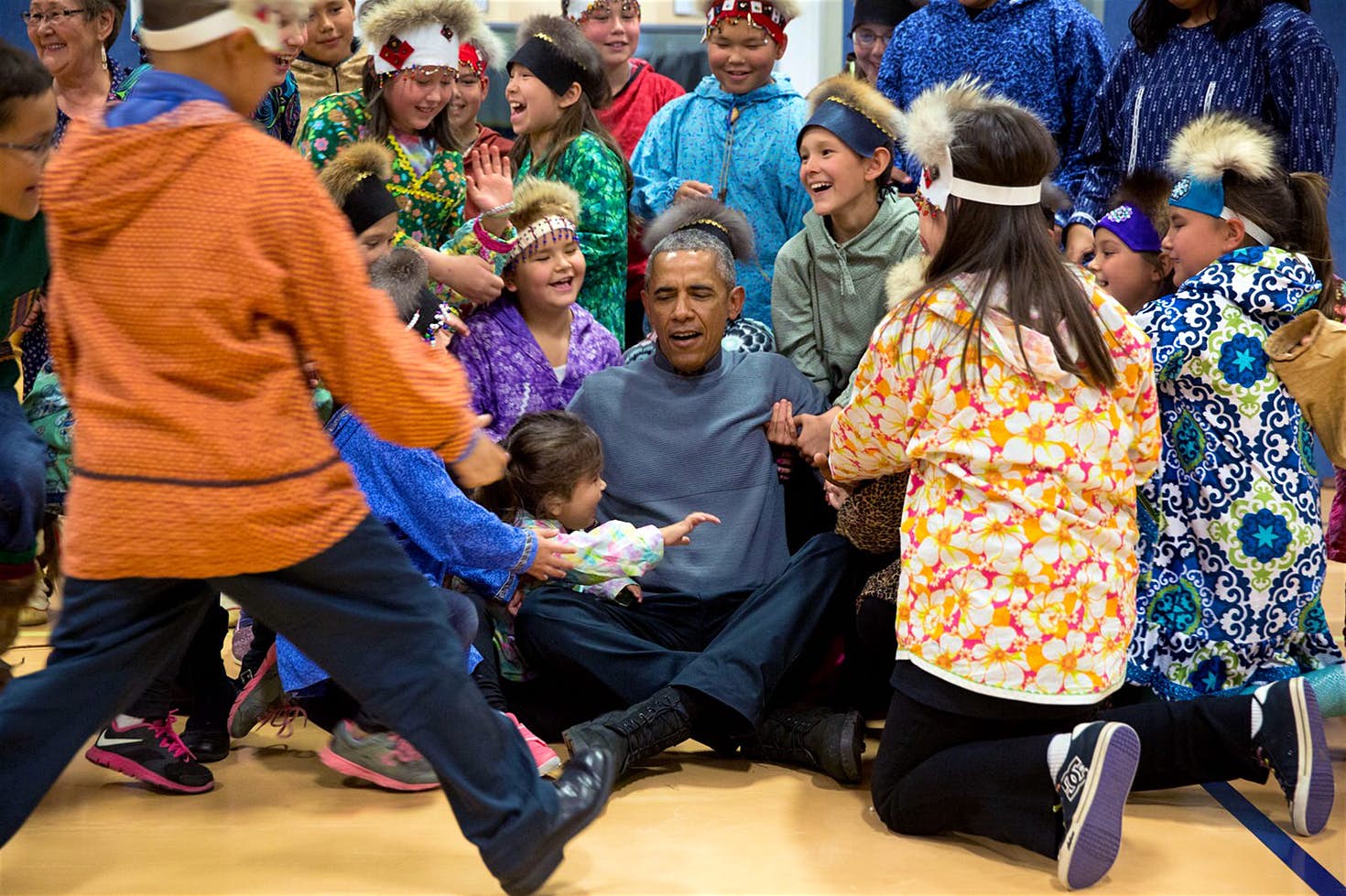 The blog below is written by Barack Obama for Lonely Planet. Barack is currently serving as the 44th president of the United States of America. Lonely Planet had a chat with him about the value of travel and how travel gives him hope for the future. I wanted to share this text as I personally believe travel can change the world and actually make the world a better place, with more tolerance and optimism. Happy to see the president agrees.

Lonely Planet believes responsible travel can be a force for good. It’s a belief shared by President Barack Obama, the first sitting US president to visit Cambodia, Ethiopia, Kenya, Myanmar and Laos. On his final foreign trip, he spoke to us about how the optimistic, tolerant and engaged young people he has met around the world give him hope for the future.

Today, I am concluding what is likely my final foreign trip as president in Peru. I was here for a summit of leaders from the Asia Pacific. But I also did something that has been a hallmark of my travel as president – held a town hall meeting with young people.

During my time as president, I have traveled well over a million miles to every corner of the world. These foreign trips have included international summits and bilateral visits that have been fundamental to the progress that we’ve made – strengthening alliances, engaging former adversaries, renewing the global economy, and forging agreements to fight climate change, stop the spread of nuclear weapons, expand commerce, and roll back poverty and disease.

I leave office more convinced than ever before that international cooperation is indispensable. Without regular consultations with foreign leaders, and institutional coordination between the US and our allies and partners, we cannot overcome challenges that recognize no borders. It took dozens of countries working together to stamp out Ebola. It took coordinated pressure and careful diplomacy to reach a peaceful agreement to roll back Iran’s nuclear program. Nearly 200 countries spent years in painstaking negotiations to achieve the Paris Agreement to protect our planet. Every single day, the US works seamlessly with other countries to share information to prevent terrorist attacks, stop human trafficking, break up drug cartels, or combat corruption.

But while this cooperation is essential, I have always believed that our engagements with other countries must not be limited to governments – we also have to engage people around the world. In particular, we must sustain our engagement with young people, who will determine the future long after those of us in positions of power leave the world stage.

Consider the demographics of our world. More than half of human beings are 30 years old or younger. This is even more pronounced in the developing world – that’s where 90 percent of the global population under 30 lives. These young people are living through revolutions in technology that are remaking life on our planet, allowing for unprecedented access to information and connectivity, while also causing enormous disruptions in the global economy. And while the world’s leaders discuss the pressing issues of the day, it is the world’s young people who will determine whether their voices direct the change that is sweeping our world towards greater justice, opportunity, tolerance, and mutual respect.

That is why I have launched Young Leaders Initiatives in Africa, Southeast Asia, and Latin America that are focused on empowering youth – connecting them with one another, and with resources that can help them build a non-governmental organization, start a business, or begin a career in public service. These initiatives include online networks, meetings at our diplomatic posts, and access to grants, internships, and opportunities to attend programs at American colleges and universities. Half a million people under the age of 35 are now a part of these networks. Over 3,000 of these young people have traveled to the US.

Every day, these young people are working to improve their communities from the bottom up. A rapper from Uganda is now promoting civic participation through his music. A Rwandan entrepreneur is using new technologies to provide power to villages that are off the grid. A doctor in Myanmar is offering free surgeries for children. An activist from Thailand has organized young people across Southeast Asia to fight human trafficking. A young Laotian is mobilizing communities to stop the illegal logging that damages the environment. A city manager in the Philippines is launching new initiatives to promote women’s health and combat teen pregnancy; to do so, she is drawing on skills she learned on a fellowship in Montana. Reflecting on how far she’s come from her humble beginnings in a small village, she said: ‘The Young Southeast Asian Leaders Initiative is my life-changing chapter.’

No one of these initiatives will transform our world. But each of them creates a ripple of progress that can gradually bring the change that our world needs. And in talking to these young people, one thing comes up again and again – the value that they gain from being connected with one another. A Guinean who participated in our Fellowship program put it well: ‘When I made the trip to the US and met all these extraordinary young people from Africa, I realized how blessed I was to see and learn how I can make an impact on people’s lives. I also learned tolerance and multiculturalism. Although I have had many experiences around the world, meeting helped me make the decision to impact millions lives around me.’

These efforts don’t make headlines. But they reflect the optimism that I have seen in young people from different ethnicities, religions and nationalities all around the globe – including in the US. At a time when we are faced with so much division in global politics, young people are often more tolerant, more compassionate, and more committed to working to make change that benefits their communities from the bottom up.

I often get questions about what my legacy will be on a particular policy. Policies are important. But I also believe that progress will ultimately be measured by the work that is carried on by the youth that we have engaged. They are future presidents and prime ministers, activists and entrepreneurs. They give me hope, and I look forward to witnessing the extraordinary change that they can make as they claim the mantle of leadership.

The Secret to Remembering Travel

Posted On : 26 October 2014
Previous post The hardest part of traveling no one talks about
Next post What anxiety actually is, because it’s more than ‘just worrying’